Portfolio > Ehoes of the Past 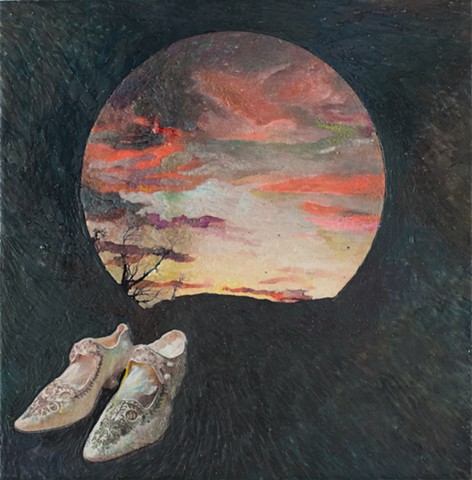 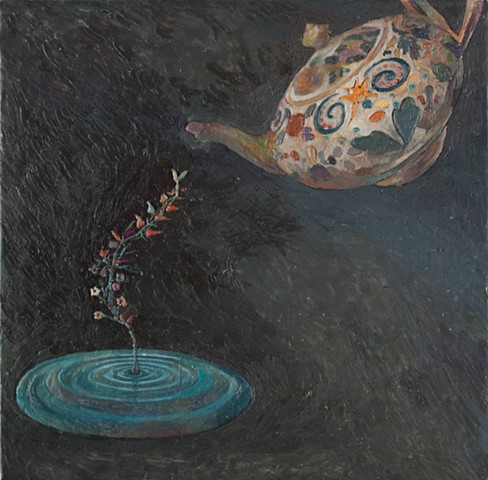 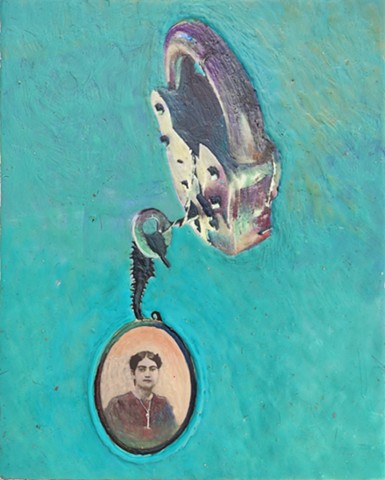 The keymaster
Encaustic and oil on plywood
30 x 24 cm 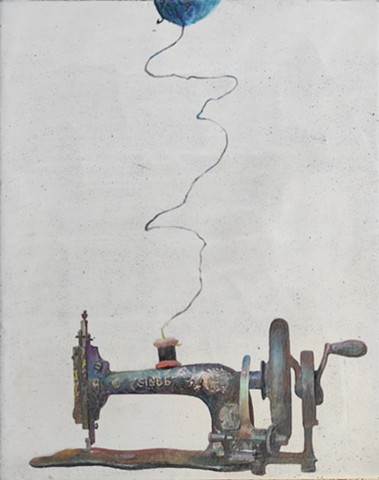 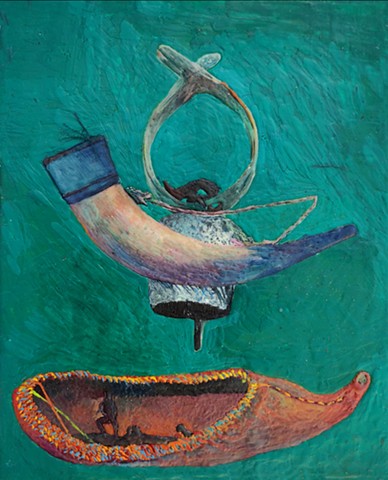 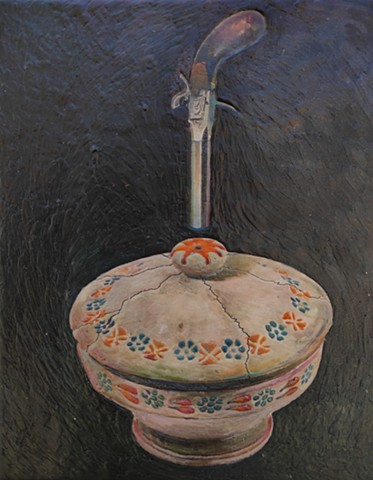 Cracked, but not broken
Encaustic and oil on plywood
30 x 24 cm 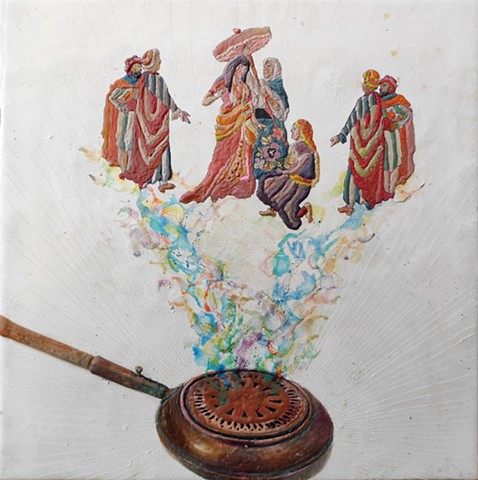 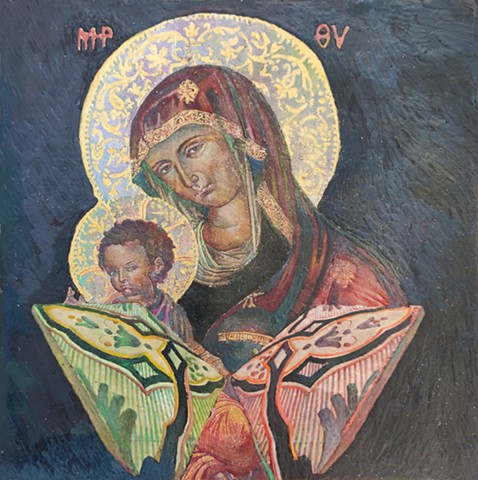 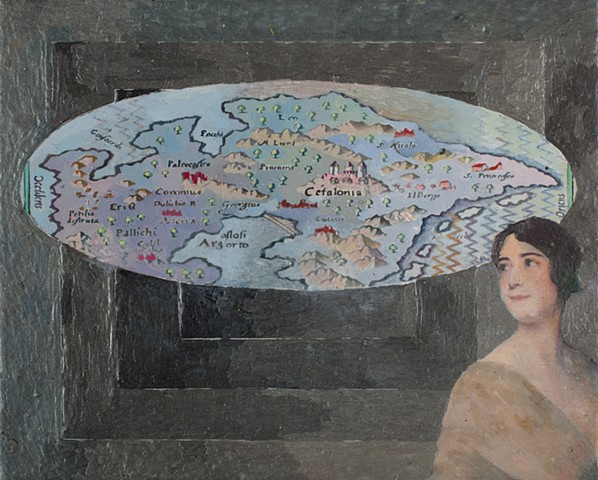 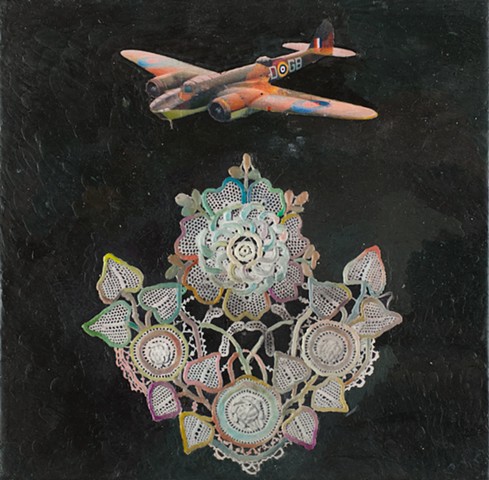 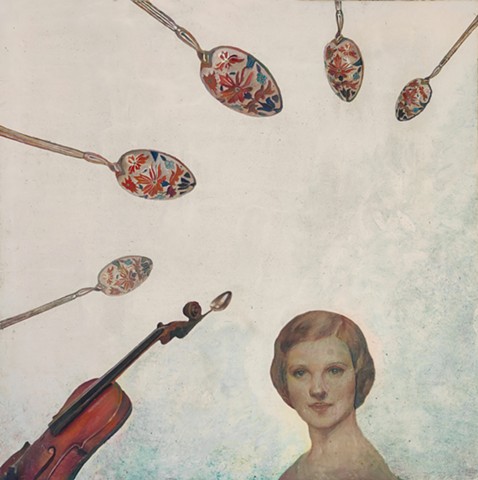 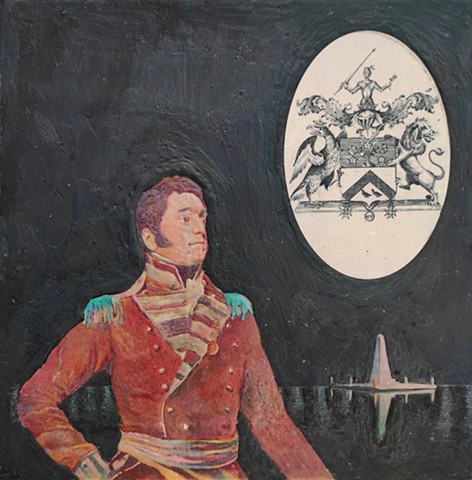 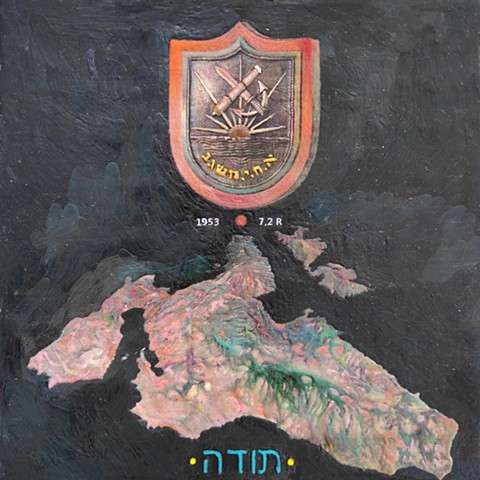 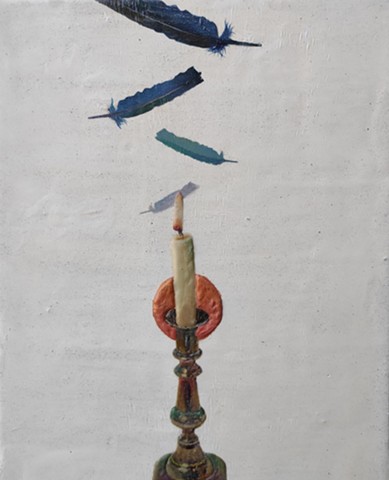 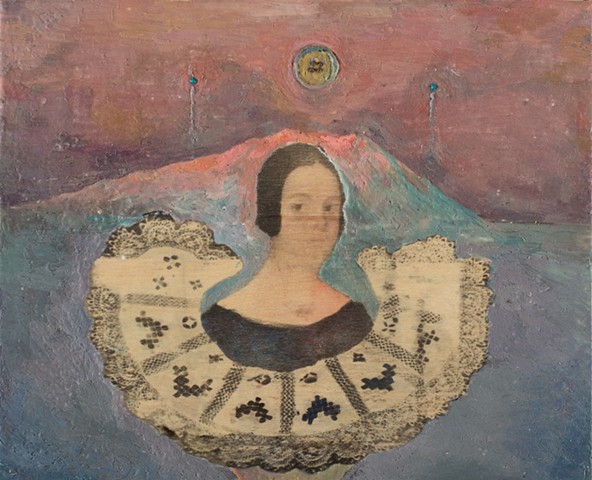 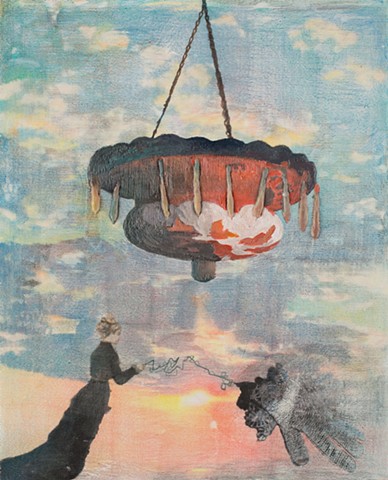 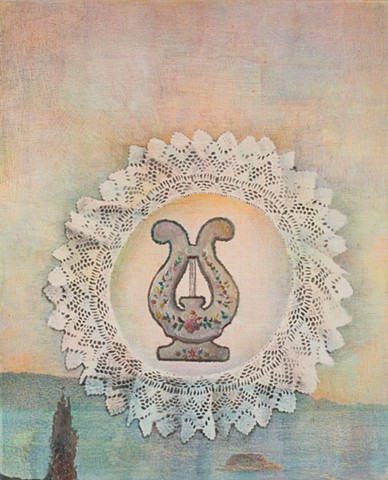 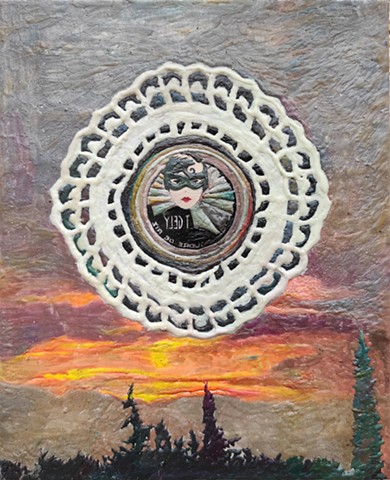 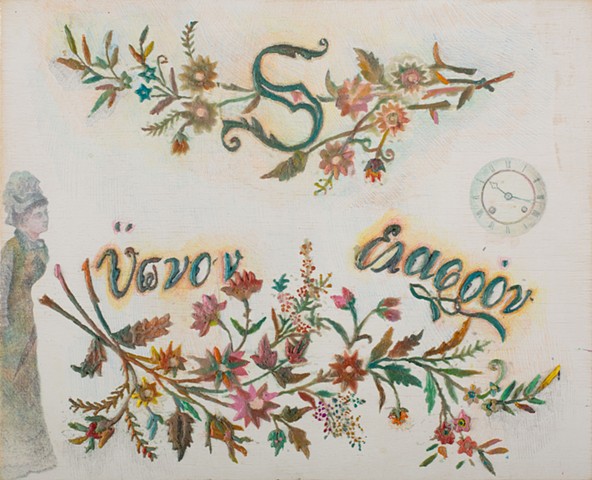 Echoes of the Past

In 2021 Alexis Avlamis represented the Corgialenios Historical & Cultural Museum of Argostoli at the digital exhibition organized by the Solomos Museum and Eminent People of Zakynthos titled Ionian Culture: From the past to the present. Six contemporary artists, three musicians and three painters took on the task of composing works inspired by exhibits from thirteen museums from the Ionian Islands Museum Network. Alexis Avlamis, someone who was “prepared for a long time now”, crafted a very interesting painting. Soon after, when we were discussing to present his painting at the International Museum Day 2022 Museum’s Conference, another idea came up, to organize a solo art exhibition inside the museum with works inspired exclusively from the Corgialenios Museum.

During an interview with Alexi, he told me that he discovered “a magical world of Ionian history and culture […]”, a world so moving that he felt the need to create “a series of contemporary paintings in direct dialogue with the past”. This contemporary artist is internationally acclaimed as a painter of “landscapes of the mind”, a subject matter influenced by the Hyperrealistic automatism who now looks to the past and chooses objects from the life of the Kefalonian, manifestations from the Ionian civilization while narrating his own stories. This is not a coincidence.

The past two years, due to the Covid pandemic, he stayed in Kefalonia, the island of his father and forefathers. He felt the need to find his roots and get “ a better idea as to how they lived from the Venetian period and onwards”. So, the quarantine that for others was time lost, for this artist it was a time of research, maturity and awareness of his origins that lead to change, or better yet evolution of his artistic pursuit. Moreover, the broad range of exhibits in the Corgialenios Museum peaked his imagination to discover analogies with his love for nature, which feeds his inspiration. So, despite the pressure of time, he managed to isolate certain exhibits and compose 19 exquisite paintings with the ancient technique of encaustic painting (a.k.a waxpainting) combined with oil and colored pencils on plywood bringing together a dialogue of the present with the past.

It is interesting how he worked in a short period of time to accommodate such a demanding exhibition. His paintings will have to stand up to par with the museum’s objects whilst exuding their own aura. He explored all the areas of the museum. For some unknown reason, he chose objects that caught his attention with the first glance. He then visually isolated them, painted them realistically and fabricated a new synthesis. In reality, they too are “landscapes of the mind” like his previous works, but this time his compositions are more laconic, while discarding the “horror vacui” the filling of the entire space of the canvas. As he explains, restlessness helped him to enhance his technical skills in waxpainting and move towards a quest for simplicity, like in Japanese Art aesthetics. Besides that, by realistically painting the museum exhibit, he manages to help the viewer to easily notice the juxtaposition of the painted idol with the real object itself. What someone contemplates when studying the paintings of Alexis Avlamis, they realize that what lies behind the painting is research, deep thought and experimentation. Alexi’s studies at the Athens School of Fine Arts (BFA Painting with honors) followed by his study and a US artist in residency, combined with a long family tradition in Medicine, gives him a strong theoretical and technical foundation, to create art as a scientist – artist, a dual identity attained by few of his contemporaries. The legacy of Leonardo Da Vinci and of other renaissance painters reflects upon Alexis Avlamis, so his international career is not coincidental. Particularly, in the current exhibition, which he believes is a milestone in his artistic path, he discards every unnecessary element from the composition while focusing on what matters the most for him is a proof of creative maturity. Alexis believes in simplicity, his outdoors studio in Kefalonia, a table with only his utensils and materials surrounded by trees helped him to express his ideas to the point. The correlation amongst different objects, for example in his painting “War and Peace”, where a bomber aircraft hovers over an intricate lace, gives the message that war is threatening to destroy human civilization. This isn’t always an easy task. Surrealism opposes to everything rational and brings to light random images buried in the subconscious mind, with no visible correlation, but dressed under a constant realism, which reaches the limits of parody. Automatism which characterizes the painter, who follows in the footsteps of Surrealism, automatically guides his hand without the control of logic. Without self judgement and artistic compromises, he freely delves into his subconscious and ultimately bring to light through a playful process, images of political context. And as the artist himself says “Painting is not just what we see on a surface, but it also extends and stems beyond the boundaries of the canvas”. Therefore, the exhibition title “Echoes of the Past”, refers to the content of each painting, merging historical Ionian culture along with the family origin of the painter – researcher and not just the impulsive impressions of the present. So we await the reactions of our audience. This would be a valuable reward for the artist, to gain feedback and broaden his horizons.

Former Associate Professor of History of Art, Department of History and Archaeology, University of Ioannina