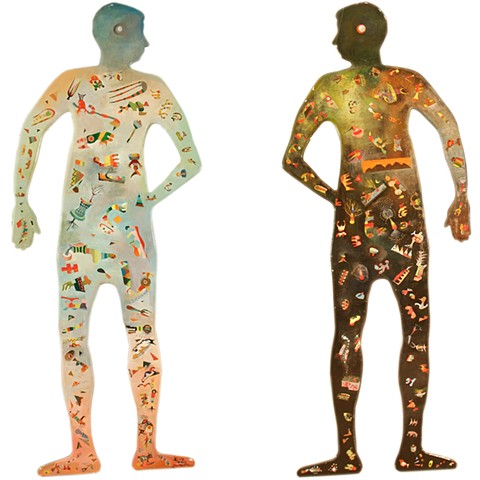 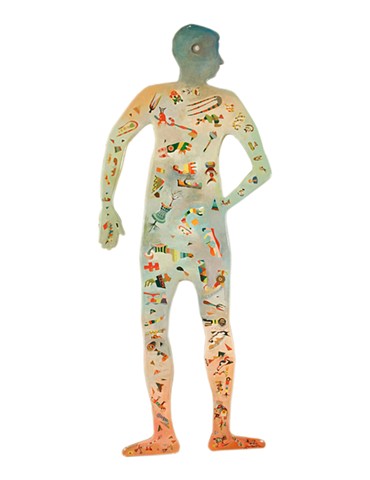 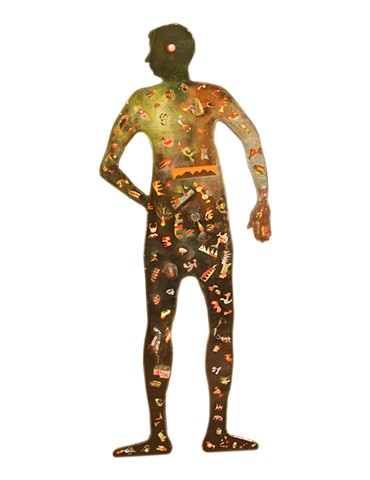 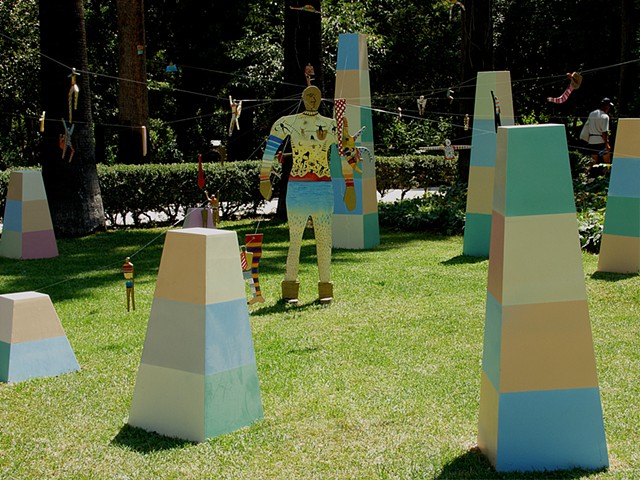 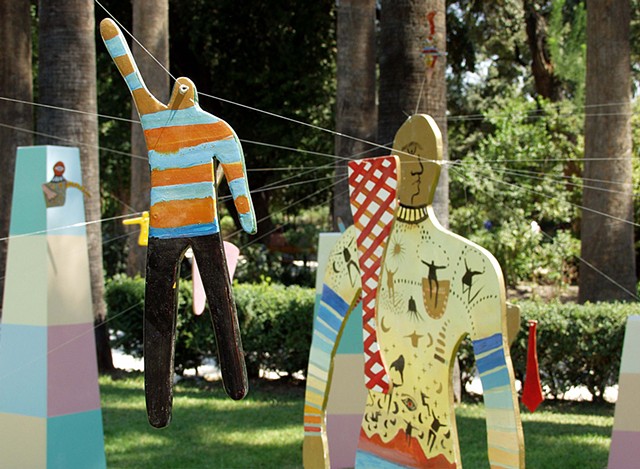 "Alexis Avlamis explores the relationship between humans and their surrounding space, both natural and man-made. Man stands amidst symbols and prisms of the urban environment. The human figure, here in a smaller scale, is repeated many times, either whole or in its constituent parts. It seeks to escape, to climb, to play, perhaps even to save itself, and certainly to bring itself closer to nature. Avlamis is clear about the respect that we human beings must show toward nature, yet at the same time he implicates the enormous growth of the world of industry and technology in which the human dimension is often lost. Contemporary metropolitan centers, technological advances, material culture, nature, and man contribute to the formation of a dynamic world that evolves, plays with its own components, and beams with sarcasm and self-sarcasm.

Each element in the installation is polychrome. The figures are decorated with miniatures on one side and with solid color on the other. This, combined with the way in which they are rendered, tricks us into thinking that these are organic forms, strange natural or imaginary creatures. Avlamis embellishes the painted surface with a variety of motifs and patterns borrowed from nature, from man-made environment, as well as from the decorative art of earlier civilizations.

Avlamis's world is simultaneously colorful, dreamlike and terrifying. At first glance, its bright colors and familiarity make everything appear childlike, sensitive and mythical. But as we untangle the skein of signs and symbols and decipher the objects and figures they represent, we discover his sarcasm and critical eye, and a nightmarish world lurking behind all the color and elation."