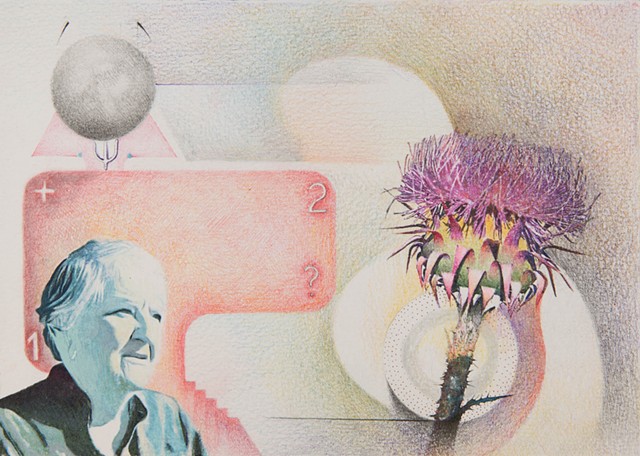 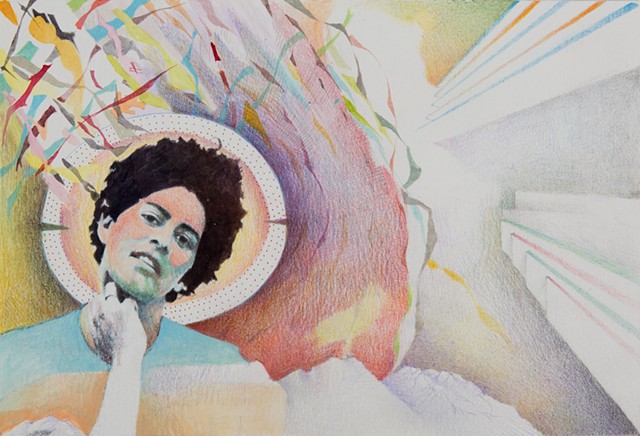 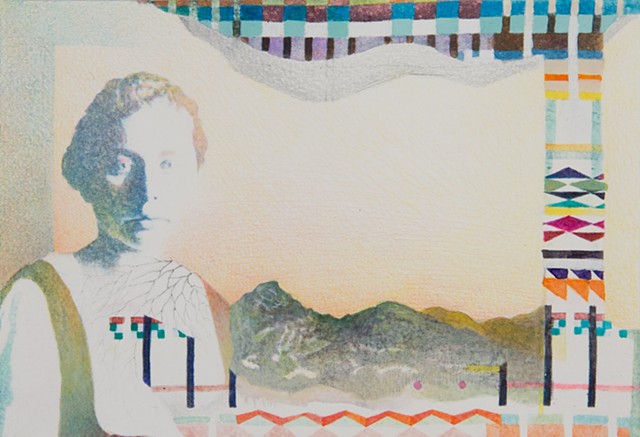 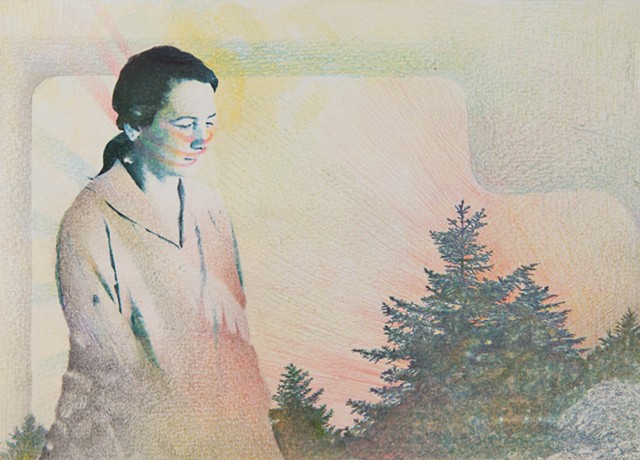 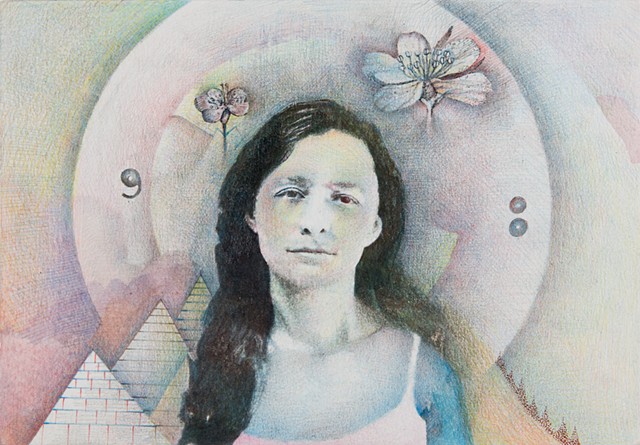 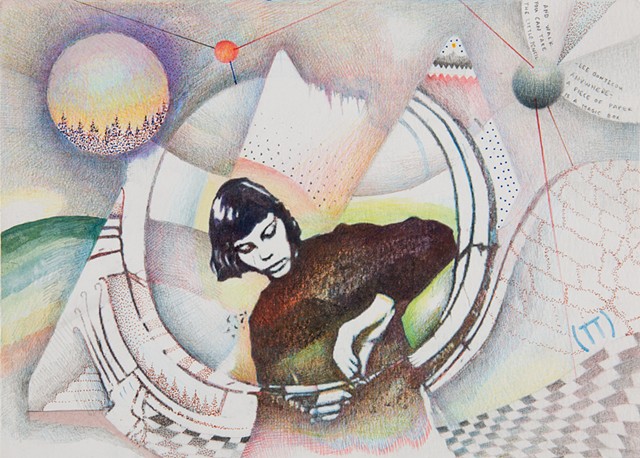 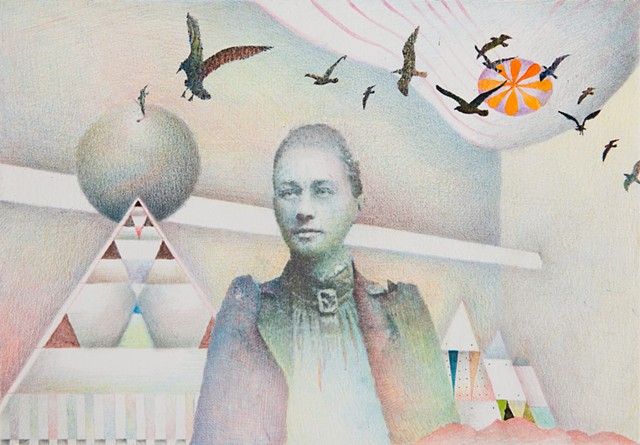 Inspired by influential women artists' oeuvres, I have entwined my imagery with theirs and created a portrait series as a tribute to established, underrepresented or unknown female artists who lived and worked in an art world characterised by gender inequality. I have chosen to focus on women who rarely or never chose their own figures as a subject for their art, such that photography is our main source for their image. My aim, then, was to produce a series that responds to this photographic evidence, but also to engage with their work and their influence; that is, to produce a creative dialogue with both the women as historical figures and their art. I have responded in a freeform way to elements of their artistic vocabularies, their forms and their symbols, to create a background world that reflects their impact on my improvisational painting process. I have then superimposed a naturalistic portrait, an image of photographic ‘reality’, that mediates our shared subconscious worlds.

This is an ongoing portrait series and I aim to portray 50 female artists coming from various countries and backgrounds.