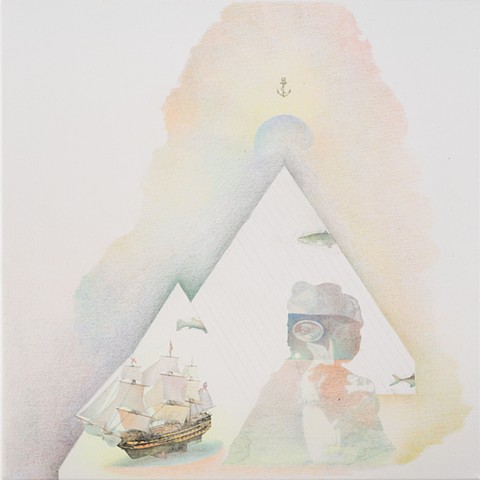 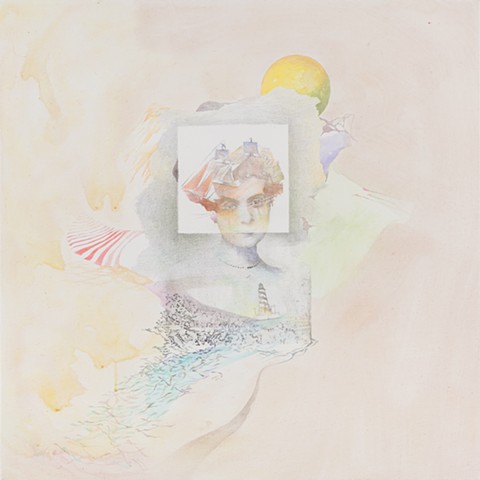 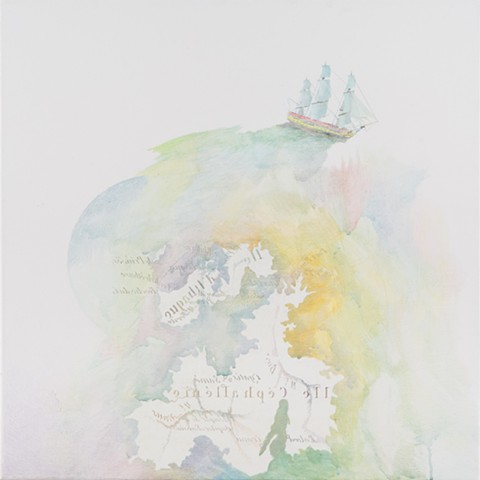 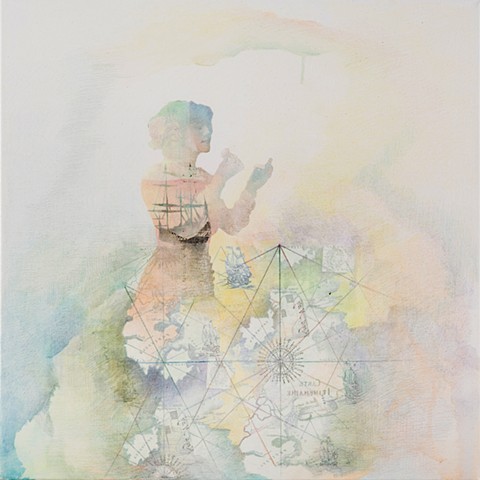 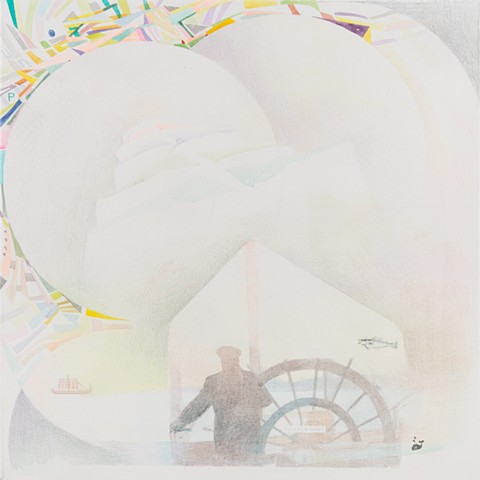 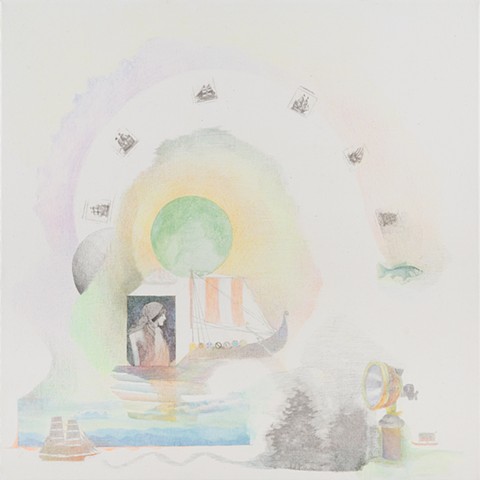 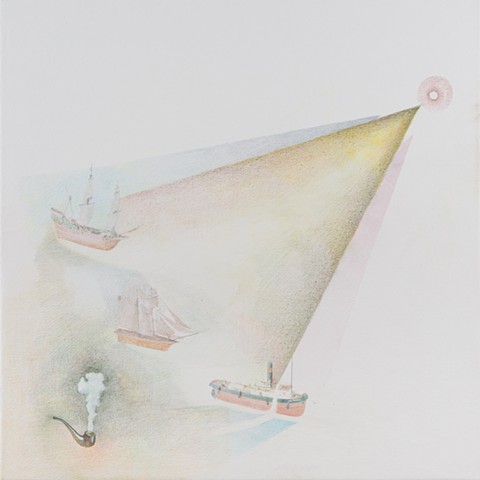 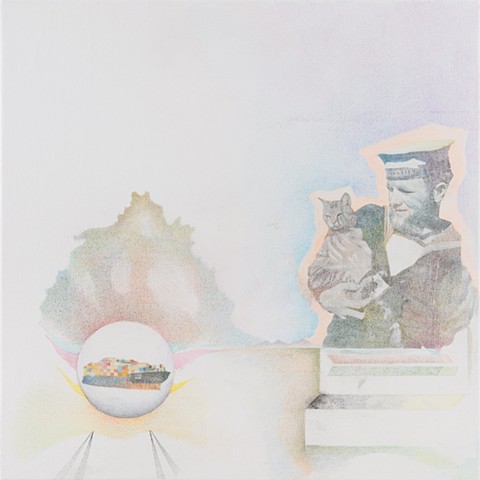 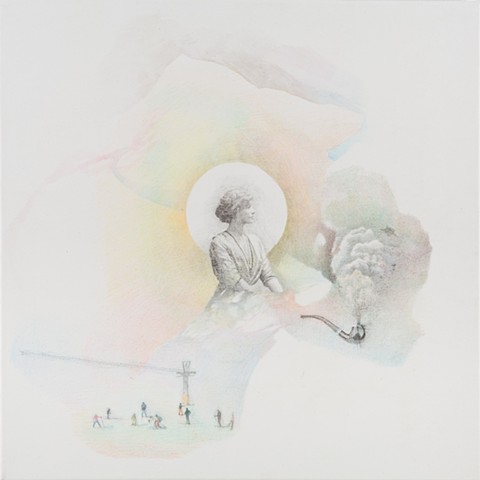 The Voyager series employs fragments of dreams and the use of Jungian archetypes, such as: the Mother (depicted as the sea), the Dreamer (as a ship) and the Self (the wholeness of an individual). I intended to transform the sea from a vast threat into a field of opportunities and new possibilities. Given that, a sea vessel serves as a means for moving ideas and of discovering new, fertile life conditions. Nautical fiction, seamen's diaries and stories revolve around women and their symbolism: a longing to return home, as seen in Homer's Odyssey. In my imagery, faint female figures merge with nautical maps and old ships, creating a nostalgic feeling. I used silhouettes of boats from various cultures and historical periods: 17th century merchant vessels, which transported goods from America to the Baltic and Mediterranean Sea, old tugboats, naval and cargo ships. The result is suggestive: a cluster of microcosms inviting the viewer to explore both the parts of the whole, as well as the sum of the parts.