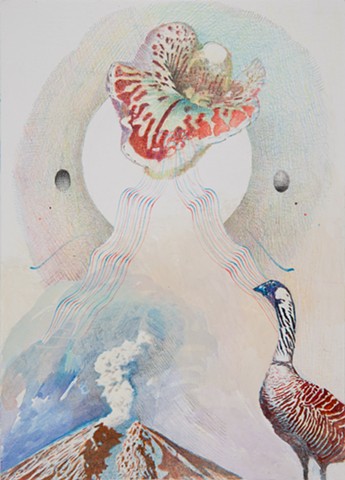 The nene looking after her eggs
Acrylic, colored pencil and pen on paper
21 x 15 cm 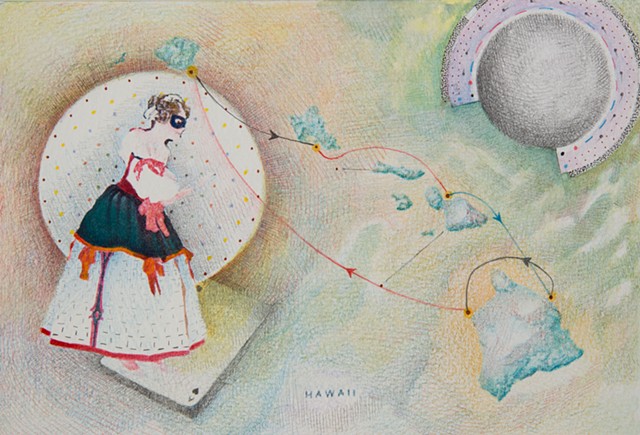 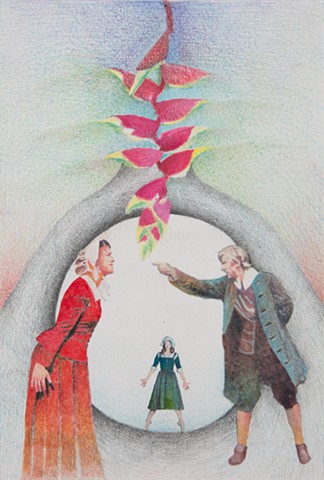 The crucible under a heliconia
Acrylic, colored pencil and pen on paper
21 x 15 cm 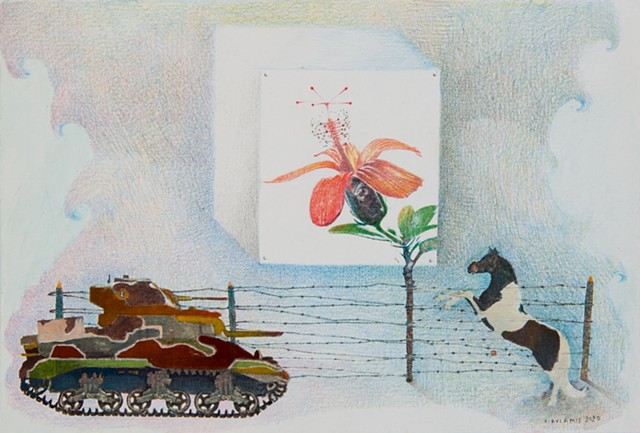 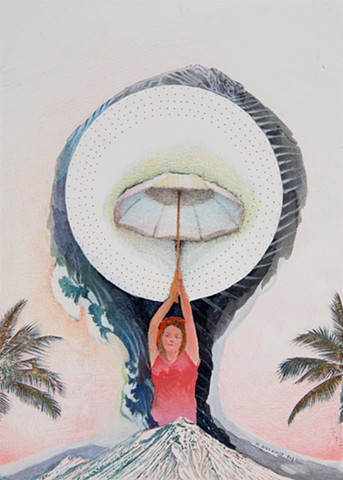 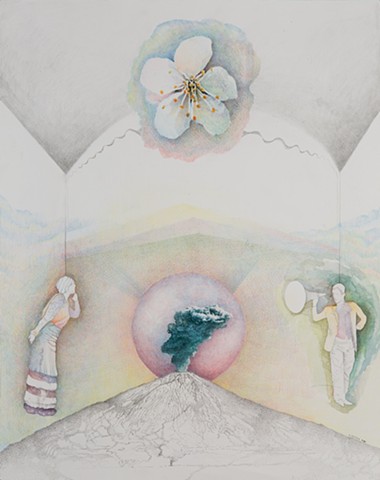 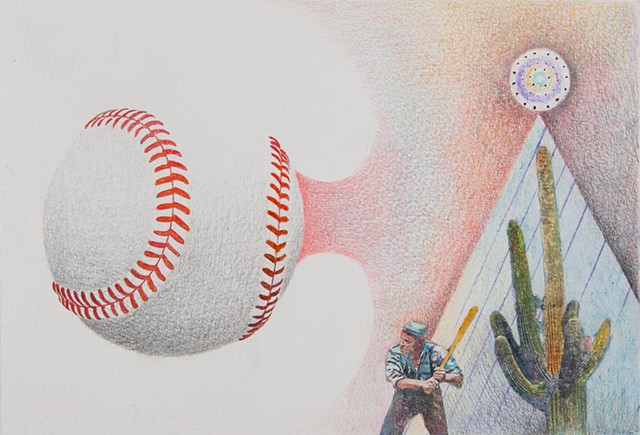 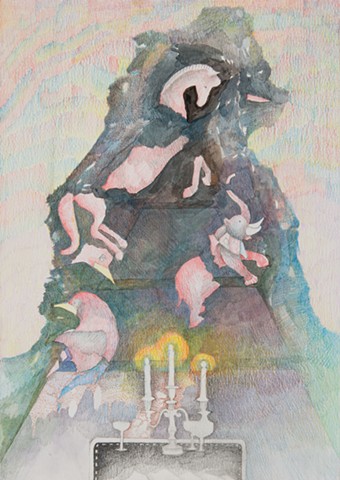 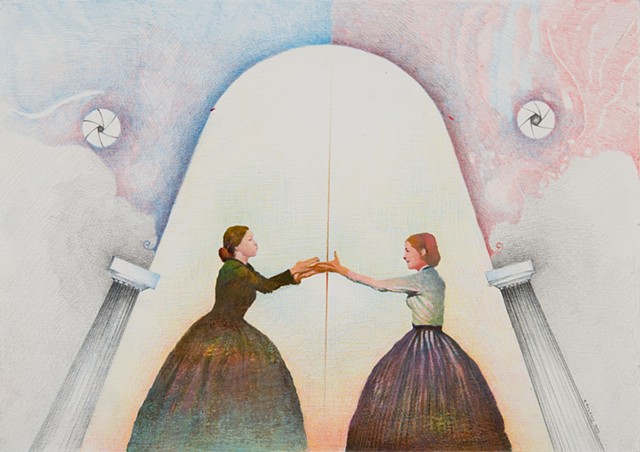 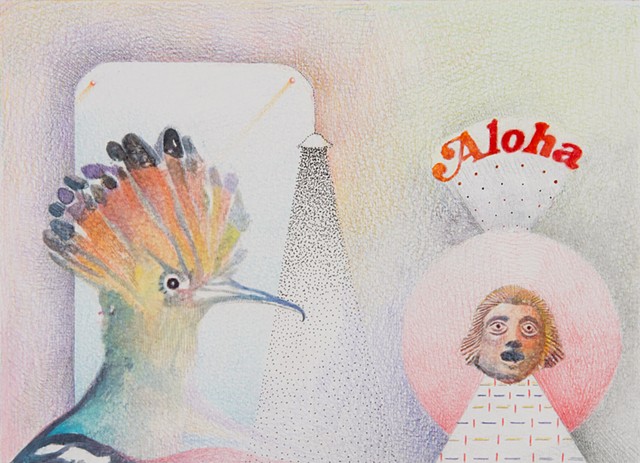 The current Cyclodrama series derives its name from the blending of three greek root words: kyklos (cycle), orama (vision) and drama (drama). The circle is a recurring shape in my works, manifested as an infinite amount, the most perfect of creative forms, which contains the wholeness of nature. Using acrylic, pen, colored and mechanical pencils I visually mingle representative moments of international theatrical plays along with the Hawaiian culture, natural history and its state symbols. The archipelago’s unique geographical location intrigued me to interweave the most isolated centre of population in the world with the international performing arts, thus merging an interdisciplinary entity. The symbolism of cyclical movement defines my compositions and becomes a protagonist character in itself. The selected subject matter stems from my affinity for nature loving and attending theatrical performances. My sources draw from various theatrical genres and plays written by international playwrights, such as S. Beckett, T.Williams, E.O’Neil, M.Lermontov, A.Chekhov, A.Miller, N.Stafford and Ancient Greek drama masks. During the painting process, I freeze stills of well known plays, and then improvise on new dreamlike settings in a creative dialogue with the Hawaiian flora and fauna, plant and bird state symbols, volcanoes and the island chain's map. By changing the eye level, some works employ multiple points of view and invite the viewer to become part of it, while others are made in the third person of view and set a scene that is viewed as if on stage. The “Cyclodrama” series departs from my previous works, as I now combine a more naturalistic approach with the pointillism technique and illustration. Μy intention is to share my vision of how the exuberance of a live performance can be depicted in painting. Therefore, I welcome the audience to immerse in my dreamscapes, where the classical and contemporary theatrical plays bond with the natural wonders of Hawaii.